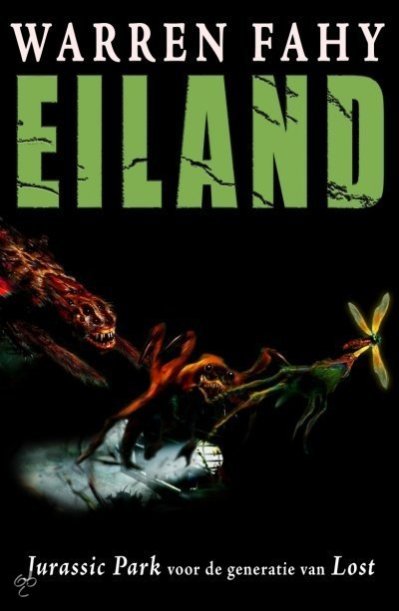 -Tell us something about your books and the title and covers-

I’ve written 5 novels (Fragment, Pandemonium, Crimson, The Kor, and Escaping America). There are lots of covers for them out there, especially Fragment, which was published in 19 languages. When you combine hardback and paperback, large print, book club, and audiobook covers, that book alone has about 30 covers. Of those, I really like the Japanese cover, which folds out into a panoramic poster of the Henders Island jungle. The Brazilian edition has flip-book animations of the spiger and disk-ant (creatures on the island) in the margins, which is really cool. 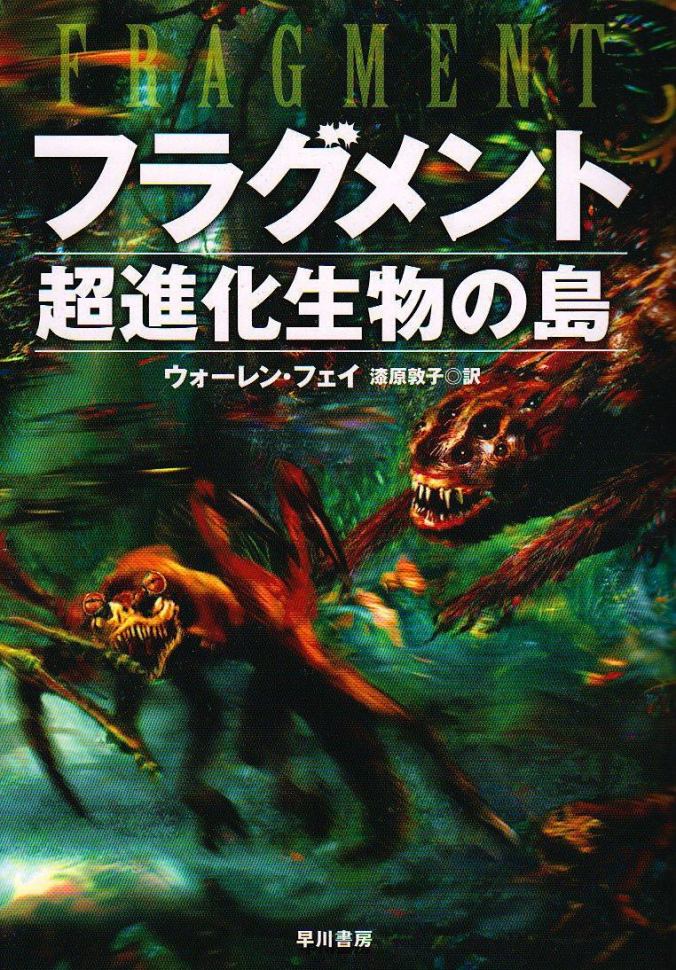 Fragment and Pandemonium, which really read like one very large book when combined, are basically about fragmented ecosystems isolated from the rest of the world for hundreds of millions of years, resulting in completely different biospheres populated by some very scary species. “Lost World” books, starting with Arthur Conan Doyle’s, usually are about a “land that time forgot” where species from bygone epochs of life on Earth have remained untouched. Another trope is the mad scientist who creates bizarre creatures (The Island of Dr. Moreau or Jurassic Park which combines both scenarios, or Jeremy Robinson’s Island 731, for example). Yet another involves mutated animals that have spawned after some form of toxic waste has polluted the environment. The one that had not been done as far as I could tell was one that I think is actually most possible according to our modern scientific understanding of evolution. When species are isolated they don’t stay frozen in time but start to drift into unique forms. The longer they are isolated the further they drift, and no scientists or nuclear radiation is necessary to create astonishing new life forms. The Movile cave in Romania, for example, sealed for 5 million years, was found to contain 18 species completely unknown to science. What if they had been isolated for 50 million? Or 500 million years, as in my novel Fragment? That’s the basis for both of my thrillers, Fragment and Pandemonium.

Crimson is an epic fantasy, a very different cup of tea, with giant monsters haunting a sea and guarding a king from rescue by his valiant subjects who must battle there way through them to save him and their kingdom. The Kor is set on a different world among a stone age people who must discover their past in order to find their future. And Escaping America is a teenaged 1984.

Birthdate/place/ (family/kids isnt a must) /Pets…..

I was born in Hollywood, California, and my twin sister five minutes later. My pug of 19 years just passed away this last year. Long live Caesar. 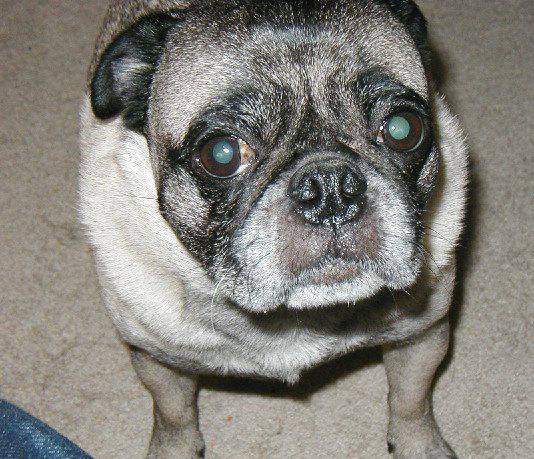 Where do you live? And where did you grow up?

I live in San Diego, and grew up in both Hollywood and a suburb of Los Angeles.

Your is your fave place in the World ?

Probably Immurtia from The Kor.

Your fave books and fave author?

Where do you write your books? 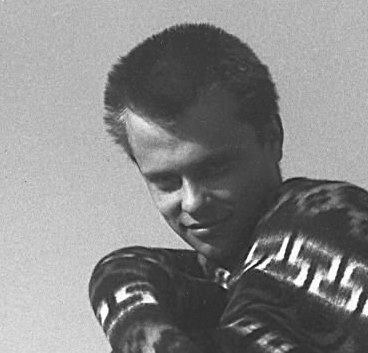 Do you write in Total silence, or listen to Music?

I listen to music or have the TV on in the background. They are passive and non-intrusive ambient background stimulation. Different music for different things. If I’m writing fantasy, classical. If I’m writing something set in the ’30s, tunes from that era or soundtracks from movies from that era. For thrillers, soundtracks are great – Jurassic Park, Jaws, James Bond, etc. When I have to work something out that is a total blank in my mind and is extremely tricky, total silence. I often write for 20 hours straight or more. Once inside the world of the book it’s best to stay there and cover as much ground as possible before returning to the distraction of this world.

I’m constantly dialoguing with myself about everything I see and take in, connecting it to everything else I know, and sometimes surprising connections, some of them worthy of a sentence, an observation, or even an entire novel are sparked by this process. I am not inspired by other people’s work artistically but only as a fan, though one learns a lot stylistically, a lot of it subconsciously, from great works by others.

When you write, do you picture your caracters in your mind (or creatures)?

Yes. I have to have the whole thing vividly pictured in my mind in order to pick out the details that will fill in the picture for readers.

What is your fave Genre in books?

I love science thrillers, but they are few and far between. I love gumshoe detective stories by great stylists like Cain, Hammet and Chandler. And I love science fiction by great authors with a soaring optimism. While I might admire the style of authors with a more bleak point of view, it’s not where my heart really lives.

Do you have any plans for a new book?

Tell us something about your hobbies and interests?

I sculpt, love aquariums, and dabble in evolutionary science. One theory of mine (on longevity, from Fragment) is currently being worked on by scientists for publication in a science journal.

Is there a person you admire? Celebrity? Or a fictional caracter?

Is there a caracter in your books, that you feel close too?

Sure. I have to feel close to my characters because I AM those characters every time I write a word into their mouths. But most of all, I say Rory, Ellen and Jonathan from Escaping America, Zen from The Kor, Trevin, Neuvia and Nil from Crimson, Sasha from Pandemonium… I really am broken up when one of them is wounded in some way, or dies…

Do you also put in autobiografic aspects in your books? Yes? Which ones?

Again, so many, mixed into everything I write, that it would be easier to list what isn’t autobiographical. Probably the closest to me in real life, however, is Rory in Escaping America.

Tell us, what you want to tell us;-) A message to the readers of the page. Somethng we have to know about you etc….

There are so many authors today who, in order to defy convention, opt for the apocalyptic and tragic, the unhappy ending, and a horrific and negative view of the human race, that it has become conventional now. I believe it is far more difficult, and desireable, to portray “good guys” in art who aren’t comic book superheroes but real. I think the next generation of humans cannot and should not be fed a steady diet of anti-human art or else it will result in a dangerous and destructive nihilism. (It’s also not realistic.) That nihilism in art, born of pessimism, usually ends one place: totalitarianism. If humans can’t be trusted because they’re no damned good, then they must be caged and controlled from on high… ironically by other humans who are presumably just as rotten. I hope to stand against this prevailing wind and hold up an optimistic view of human potential and the human mind when free of political or religious control, and a respect for the good that individuals can achieve when they can pursue their lives without the pessimism of oppression and the oppression of pessimism. This is a central theme in all of my books. And while many might say it is old-fashioned, it’s far from easy to do in a world that has largely lost faith in being human. I suppose this is the one thing, the common denominator, in my work. 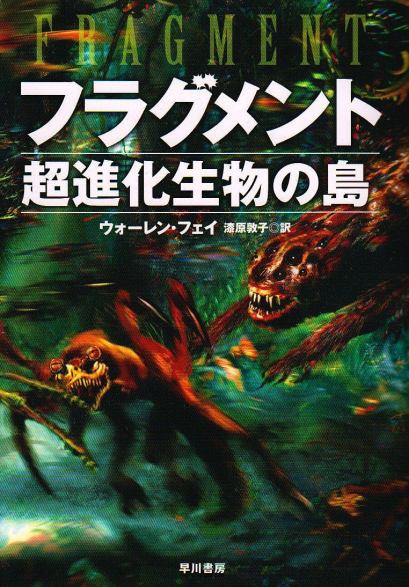 Warren Thank You for your time and this great interview! You can find Warren on Facebook. I really love his posts of Face of the Day. Wonderfull animals are passing by every day! And read his books! In English or on Dutch.