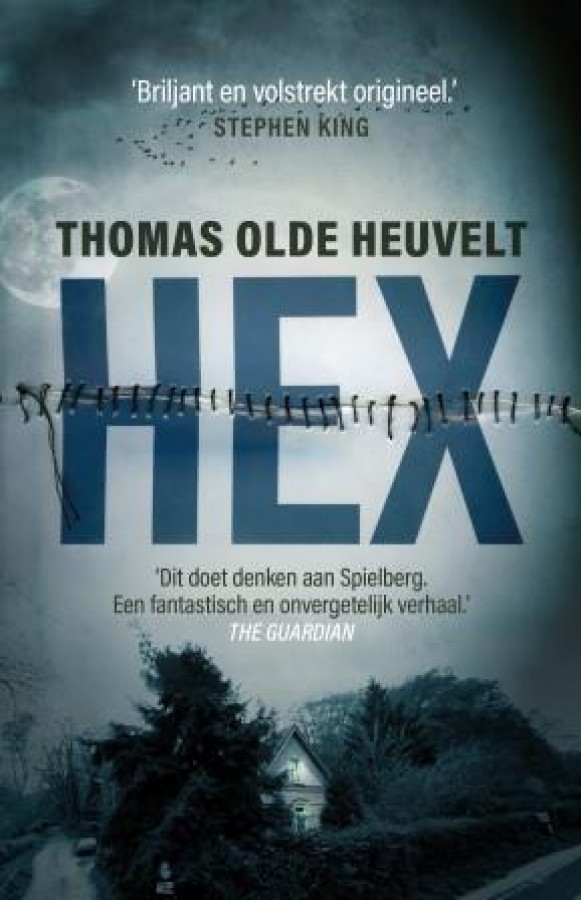 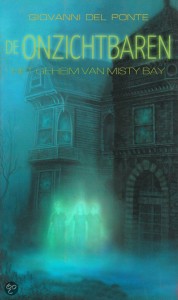 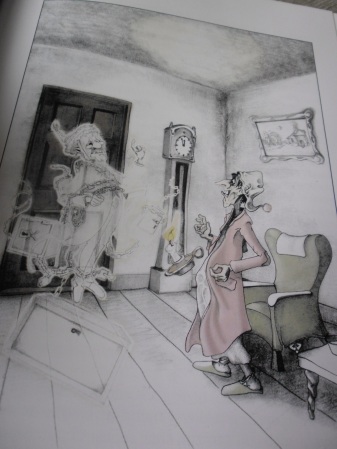 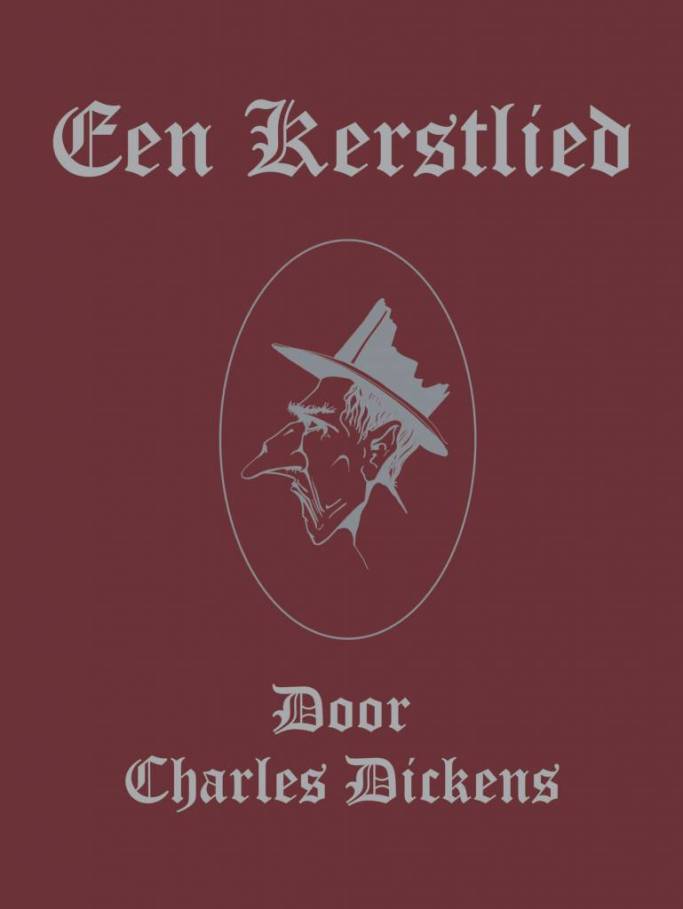 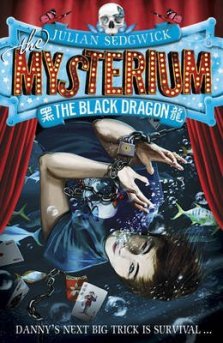 I Would love it, if you could say something about your books.

Mysterium, my first trilogy, is the story of a boy called Danny Woo who is born and bred in an alternative circus company. Danny thinks his world of travelling and performace is a perfect childhood – surrounded by intersting misfits who do extraordinary things, touring from city to city. When his parents are killed in a caravan fire everyone tells Danny it is was an accident. But Danny can’t belive that – his dad was an escape artist, his mother a high-wire walker – how could they have been killed by something as mundane as a fire? 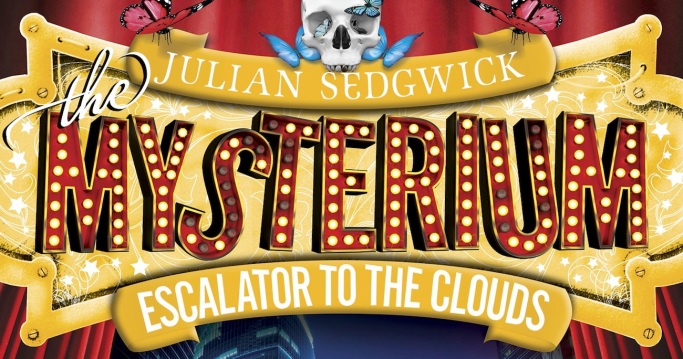 Danny has to use his half-learnt circus skills to find out who killed his parents – and why – and survive the sinister group who are now out to get him. Book 1 The Black Dragon takes Danny to Hong Kong, his mother’s birthplace. In book 2 – The Palace of Memory – he heads for Barcelona to rejoin the Mysterium company – and is stalked by a terrifying assassin. Finally in book 3 – The Wheel of Life and Death – the mystery is solved in a snowy Berlin. The books are fast paced thrillers – but it is Danny’s emotional journey, breaking free from the grief and shock of losing his parents – that is the trilogy’s heart. 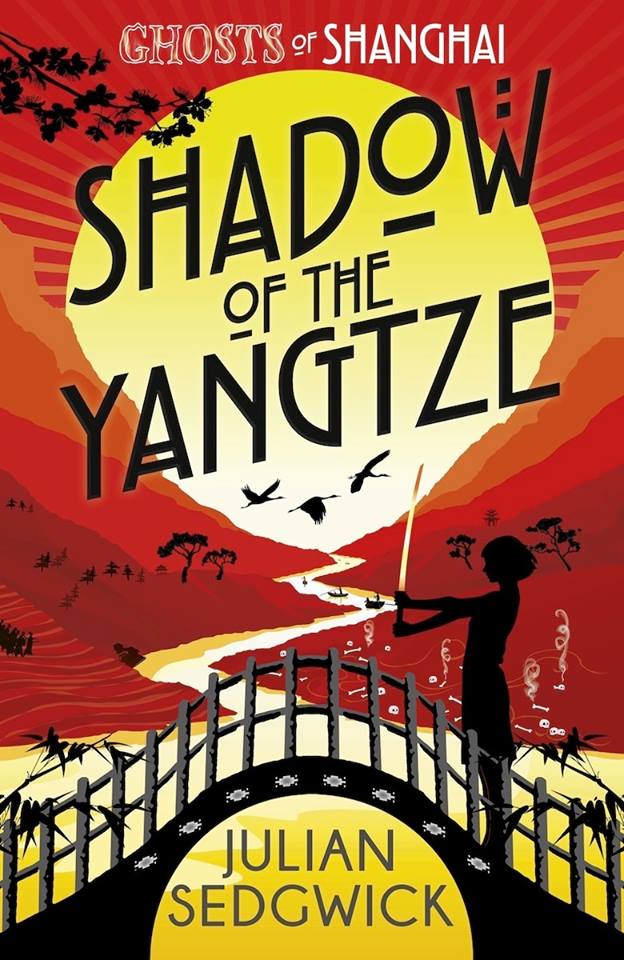 In Ghosts of Shanghai, my latest series for young people, we travel back to the 1920s and to a city of gangsters, spies, civil war, neon light – and ghosts… Ruby Harkner grows up speaking Chinese, at home on the city’s vibrant but dangerous streets. When her younger brother dies she starts to see and hear strange things. Faced with trouble in this world and trouble in the next – what will she believe?

When her young friend Fei is kidnapped by the Green Hand gangsters, Ruby must travel 1000 miles up the great river Yangtze, struggling past bandits, whirpools, and dangerous spirits to rescue her. Soons he realises she is not on the real river at all, but the Shadow of the Yangtze.

I have also written a couple of books jointly with my brother Marcus, including a graphic novel : Dark Satanic Mills. The cover for that book, and the cover for Shadow for the Yangtze are probably my favourites… 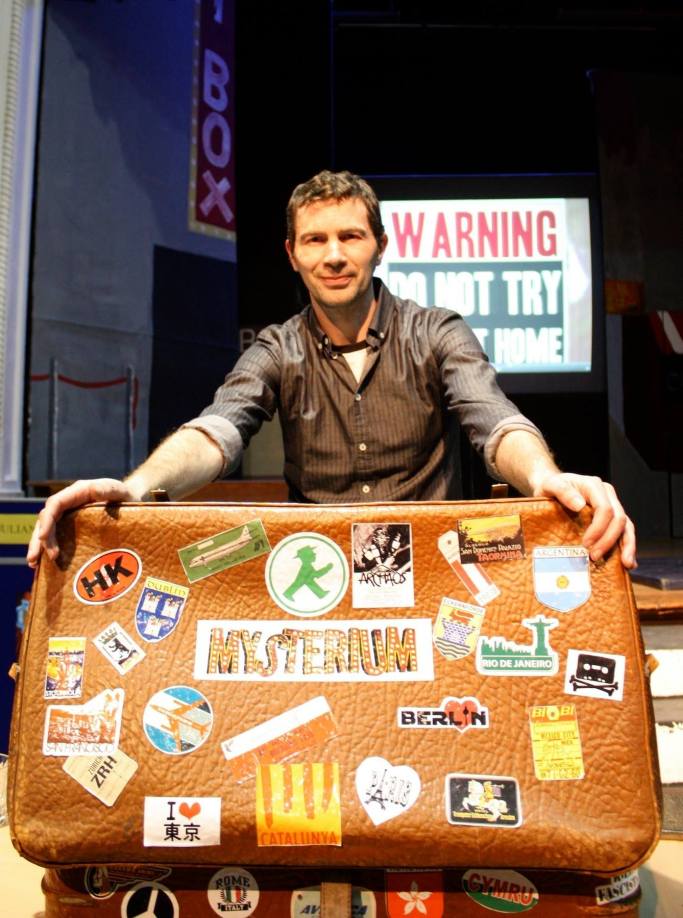 Born in East Kent England in 1966. Married and have two boys. My brother is also a children’s author…

Where do you live? And where did you grow up?

I live in the flat Fenland of East Anglia now. Much of it drained and engineered by Dutch engineers! Before that I lived in Cambridge and before that in Wales. Much hillier!

This is the family house.

Your fave place in the World ?

I have been drawn to East Asia all my life. I particularly love Japan and have travelled widely there. My favourite place on earth is a hot spring village on the Izu Peninsula…

Which non-excisting place would you like to visit (for me thats middle earth)?

Well, it’s a kind of cheat answer – but doesn’t exist anymore: Old Shanghai in the 1920s. Apart from my books I have researched it for a couple of films. Would love to visit but now long gone! After that – probably Middle Earth like you.

Your fave books and fave author?

Something I read over and over again: Chekhov short stories. He is the master! And as a man he was a real hero – writer, doctor, family carer, school founder, well digger… 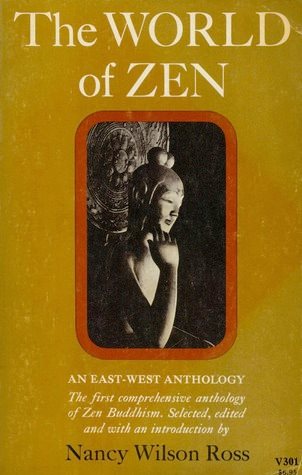 Where do you write your books?

In my very small and cluttered study. But when I have a deadline I go to my Mother’s house in Wales. No wifi, no mobile signal = total concentration.

Do you write in Total silence, or listen to Music?

Generally in silence, so that I can ‘hear’ the characters. If all going well I might use music that echoes the mood of the chapter. For example for Shanghai I used the soundtrack to Ang Lee’s Lust, Caution – also set in Shanghai. Also a lot of Philip Glass to zone out and dream.

My father. He gave his whole life to using the arts in general to help people understand each other, get informed – and be alive!

When you write, do you picture your caracters in your mind (or creatures)?

I sometimes borrow a face from family, friends or news to help me in the first place. Then I let them develop. But I think I feel them more than see them.

What is your fave Genre in books?

Anything written with real heart.

Do you have any plans for a new book?

I have just handed in the third part of my Ghosts of Shanghai trilogy. And a new book taking shape in my notebooks. Something topical!

Tell us something about your hobbies and interests?

I play guitar badly, draw and paint whenever I can, juggle to relax. Also sit Zen meditation as often as possible to de-clutter my mind. A lot of cinema too.

Is there a person you admire? Celebrity? Or a fictional caracter?

See answer to question 8! Dad died a long time ago but still a huge influence. Also: William Blake, Van Gogh – anyone who was brave enough to do things their own way. In music I really admire PJ Harvey for the same reason…

Is there a caracter in your books, that you feel close too?

In Mysterium trilogy, Danny’s dad is a curious mixture of my father and me as a dad. Feel close to him – and Danny!

Do you also put in autobiografic aspects in your books? Yes? Which ones?

Very much. I’m not good at inventing stuff! A lot of Mysterium is autobiographical – but very changed. I felt – like Danny – that I lived in an almost perfect childhood – and then it was ripped away from me. It took me years to work out how to deal with that. Danny has to do it more quickly and dramatically!

Tell us, what you want to tell us;-) A message to the readers of the page?

I hope my books make people want to find out more about other lives and worlds. That is the best hope for society, to be interested in the other. I also hope that all my enthusiams and passions come across in the writing. Also: Most of my books are about trying to work out how not to be afraid… 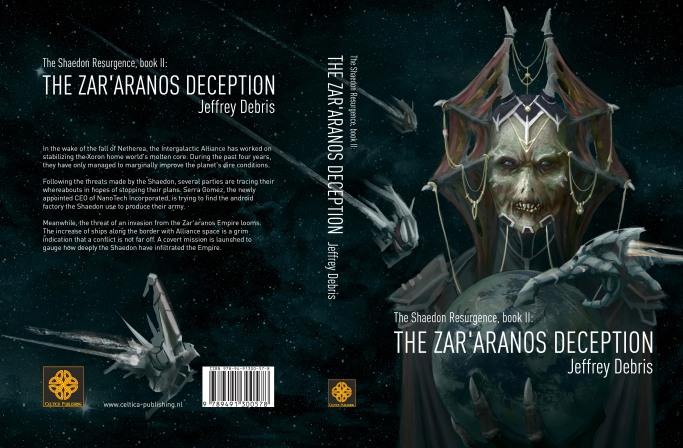 Boek 1 heet : The Fall of Netherea. 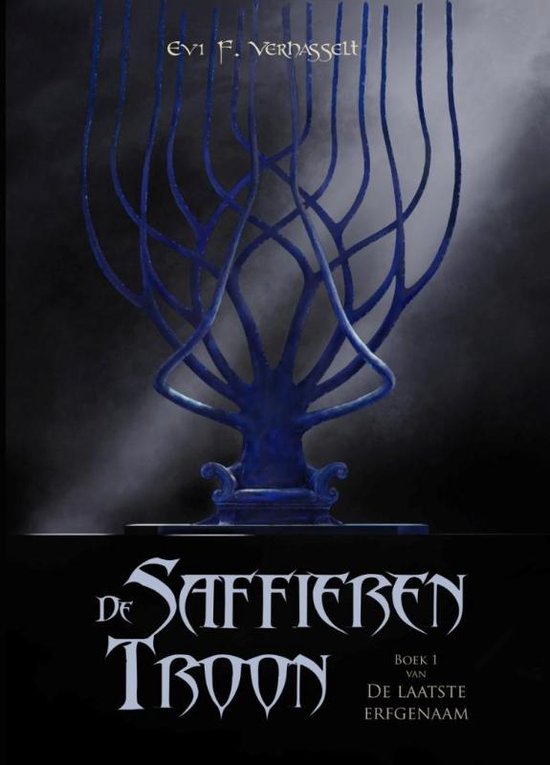 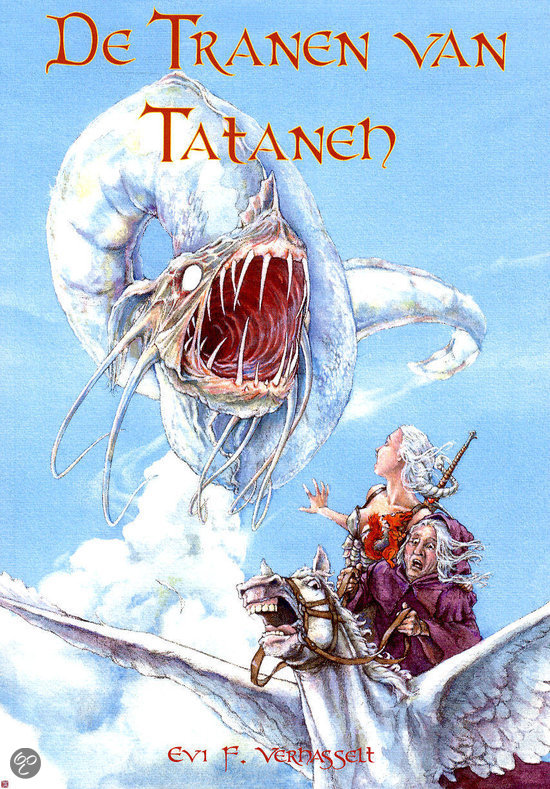 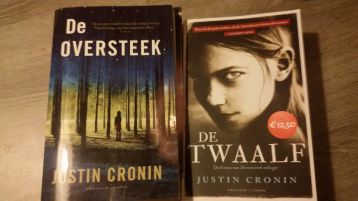 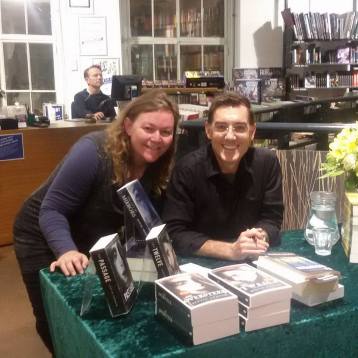 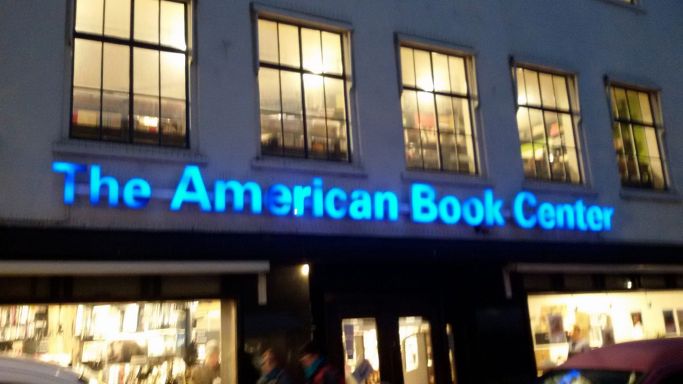 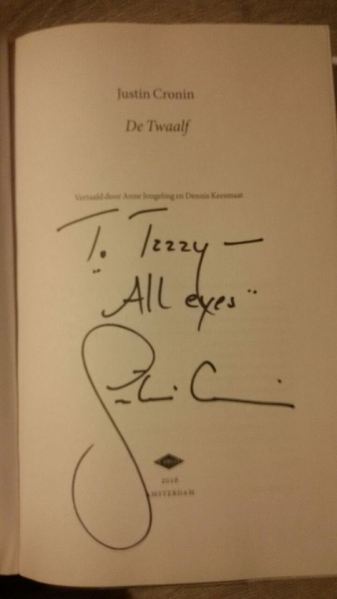 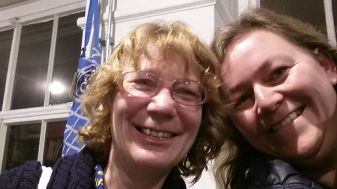 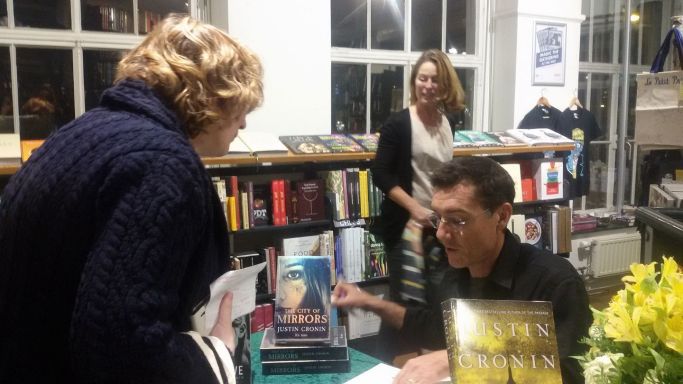 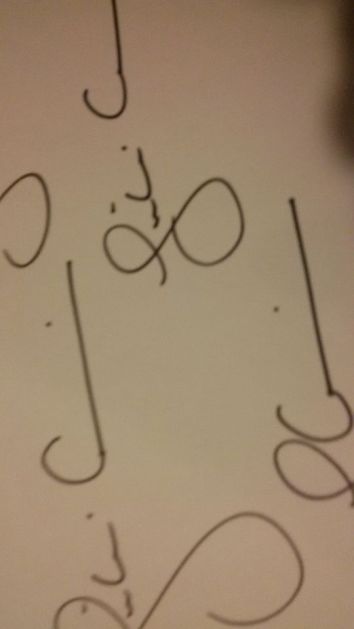 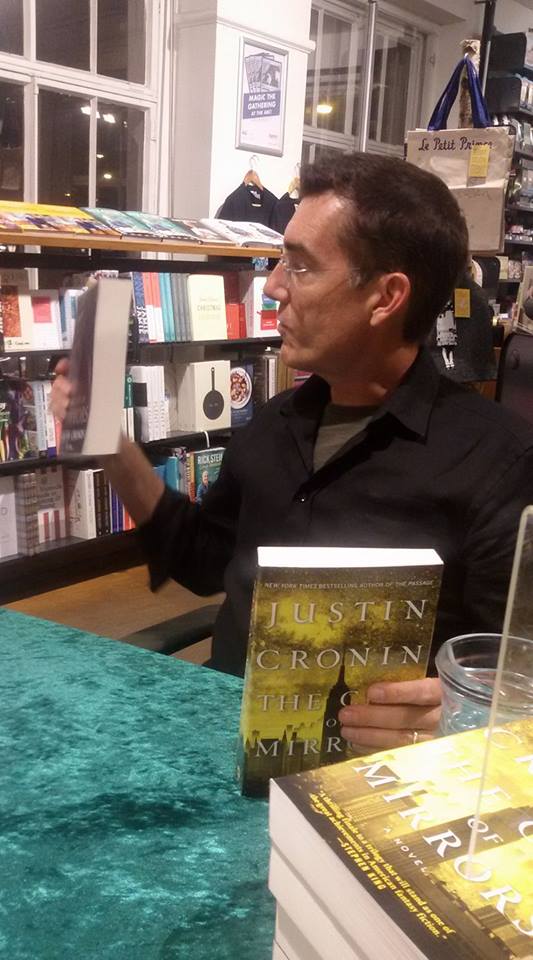